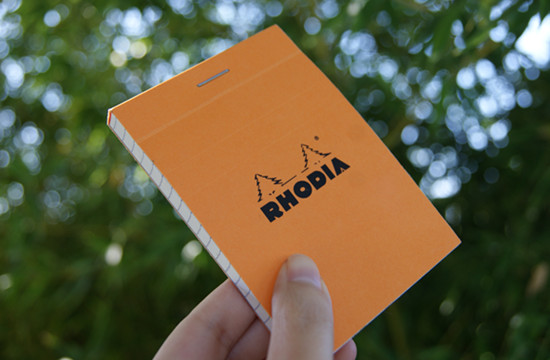 So...I won an Quo Vadis Blog giveaway again. This time, I received a Rhodia No.11 Notepad and a tin of green ink cartridges (Thank you! Sunny at Exaclair! Does it mean that I have used up all my karma for the year already?). It was a very nice pick-me-up after a two-week-long cold and it turns out to be an even better list-keeper than the Clairefontaine mini notebook I won back in February. 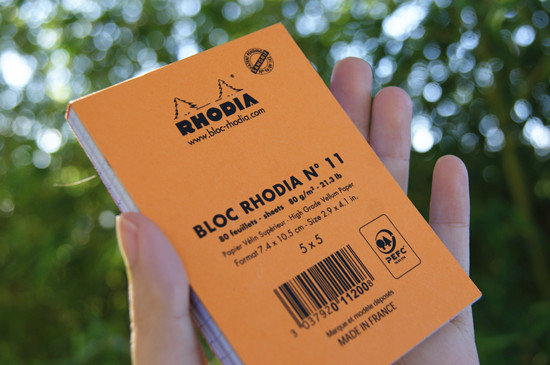 Basic info - The no.11 notepad is 7.4 by 10.5 cm and contains 80 sheets. The paper is slightly lighter (at 80 instead of 90g/m^2 ) compared to the Clairefontaine so it feels a little thinner but I get no bleed through with fountain pen, the traction it provides actually makes writing more convenient (Clairefontaine is too slippery when I use a  soft and broad nib) and comfortable. 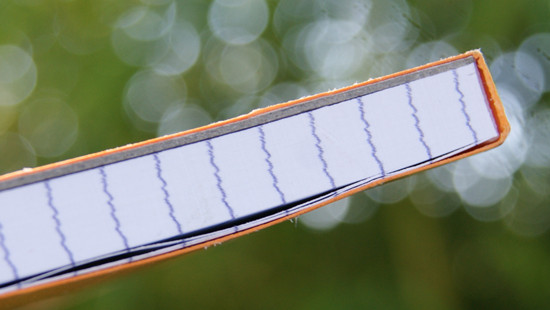 The notebook is single stapled bound at the top and has some fold-lines to be flipped around and the hard cardboard cover fairs well with all the tossing actions. 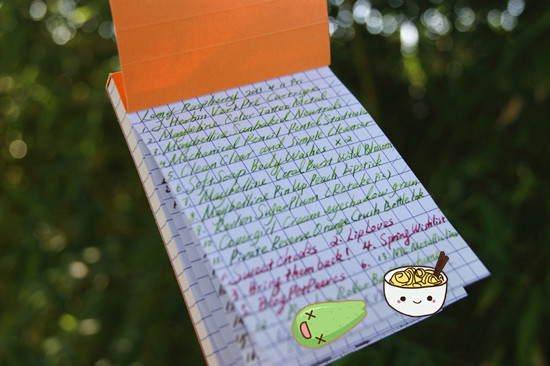 I mainly use the graph paper to keep lists (here is just a "Things to Take Photo Of/Review" for the two blogs I have) and the ruling is perfect for that. 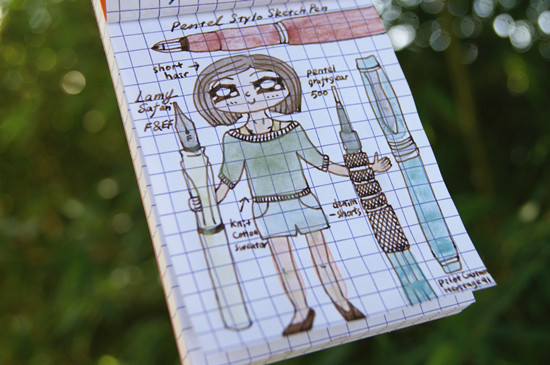 I did a little watercolor test and it passed : Not only it didn't crimple much, the surface is smooth so I have have a long while to move the water/pigment around. I hate it when my uneven blotch of color just got sucked right in (I am still a rookie).  By the way, my ever-changing (still trying find my "style") cartoon figure now looks really different since I chopped off my hair...

Overall: I like the paper (even though still prefer Clairefontaine 1951 collection for the appearance) and I guess if the paper is the same as their webbie, I would totally cave in (I just need to decide which color I want).
Posted by Citrine