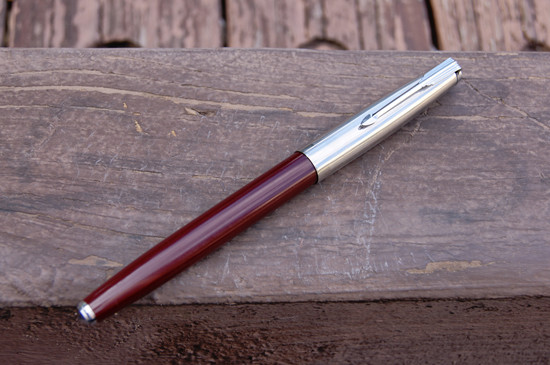 Many Chinese fountain pens are modeled after the much coveted Parker 51, Wing Sung 612 is one of them. I am not too familiar with the Shanghai-based brand (why do they use Wade Giles romanization, which made the brand sound Cantonese?) it's supposed to be one of the "Big Three" , alongside Hero and Jin Xing (never heard people talking about it in FPN but it's actually pretty popular in China).

The pen, despite its slim, plastic body, it actually feels quite solid on the hand. The friction-fitted cap closes securely and doesn't make the pen off-balanced when posted. The body is relatively scratch resistant consider it was an used pen from the mid-90s (it's gift from a family friend).

The pen has a build-in aerometric converter that's big and efficient (it's not difficult to get it all filled up) but I would prefer other filling mechanisms, ones that make switching inks less of a pain in the rear. When I first received the pen, there are quite a bit residual inks inside (I had problem making it write even after a few flushes) but after several additional flushes, soaking and drying, the pen now writes perfectly. 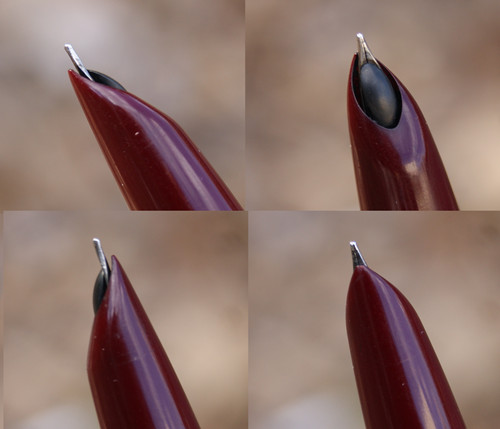 The nib of Wing Sung 612 is hooded, just like the 51 and seems to be an Asian fine (same width as Lamy Safari extra fine). The steel nib is stiff, a little toothy (less so than Lamy) and lay down an even line without any width variation. The writing I get is smooth, not too dry or wet which means it could work nicely as a drawing pen.

Overall: For a few dollars (well, it's probably a little over a dollar if you were to buy it in China), this is a reliable writer and drawing tool. I personally am not crazy about the appearance (more like I never like how Parker 51 looks to start with) but I suppose I would pick up more of these if I have a chance.
Posted by Citrine