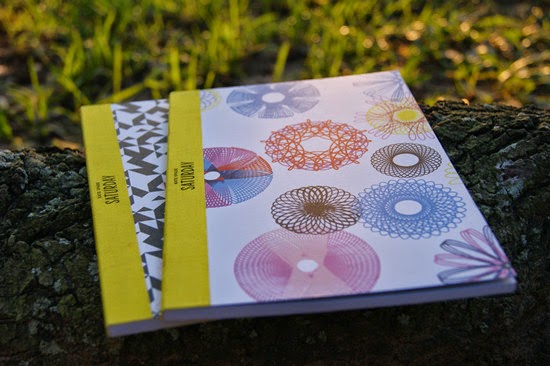 These Kate Spade Saturday Notebooks were found in the clearance section of TJ Maxx a while back. After peeling off the layers of red stickers over it, I discovered that these China-made notebooks have an MSRP of 20 dollars but was put on sale at TJ-Maxx for 12 dollars...Well, no body bought it so it ended up being cleared out for 3 bucks a piece(After all, for 12-20 bucks, you can get leather-covered ones with three different refills and various accessories). 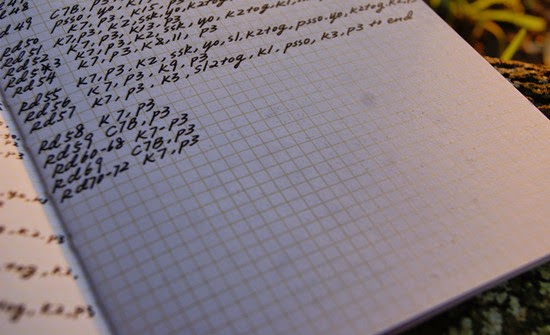 The notebook is sewn-bound, hence being able to opened completely flat. There is a fabric covered on outer spine, combined with the cardboard cover,  makes the notebook somewhat wear-proof.

The paper used is bright bleached white with neon-yellow (looks darker here due to sunset) grid that are not too noticeable but works well enough as guide line. The surface is slightly textured but overall quite smooth (not the slippery type) enough to write on. It's pretty fountain pen compatible, allowing some shading and never causes feathering or bleeding...Basically, it's the same type of paper as note card. 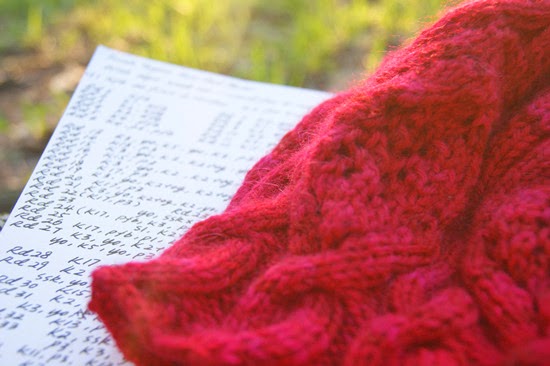 Given individual sheets are so thick, the notebook achieve the slim figure simply by having very few pages (24 sheets/48 pages). Since it's a bit of a hassle to carry a heavy (compared to the capacity) notebook with few pages, it's not handy as a note jotter to carry around. Instead, I use it for more permanent writing: Hand copying down pattern that I would knit over and over again (I have finished 5 of the same hat since summer!). It could work as a sketch book, even though the yellow grid kind of gets in the way.

Overall: For 3 dollars, it still seems like a bit of a rip-off. (I could get a whole box of on-clearanced Pukka bagged tea at TJ Maxx!).
Posted by Citrine