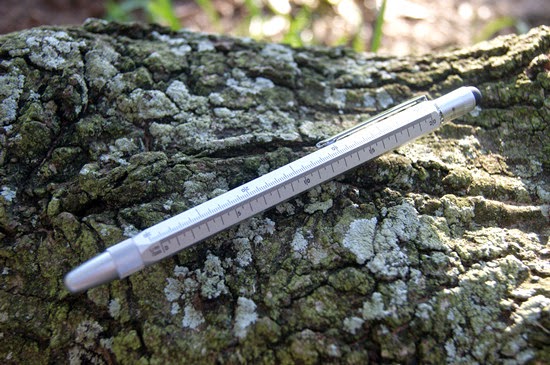 Monteverde One Touch Tool *, a fountain pen with several functions built-in, is the first of its kind that I have ever tried. My first impression was how streamlined the pen looks, the metal body (seems like brass) is spray painted silver and it's hexagonal through out with minimal obstruction. There four rulers integrated into the body: 1/100m (standard metric), 1/200m, 1/300m and one in English system. 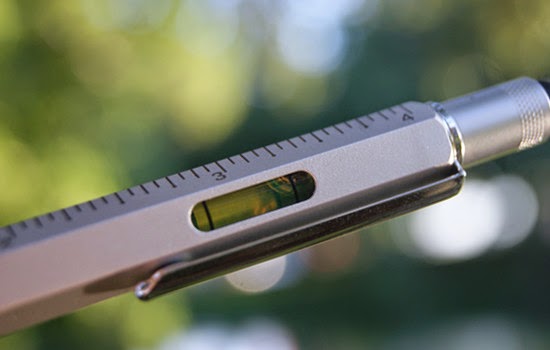 The two sides left are occupied by a level and a clip that's stiff but springy enough to be easily attach to shirt pocket. Just keep in mind that the pen is heavy, long (might not fit shirt pocket) and the nib will be facing down (leaking potential). The end of pen is a stylus-cap, as you unscrew the cap, it reveals a double sided screw driver. I haven't give it an extensive test (as my laptop is working fine at the moment. Touch wood) but the small and easily removable bit, stays securely on its slots and was able to remove a nut without used of excessive labor. 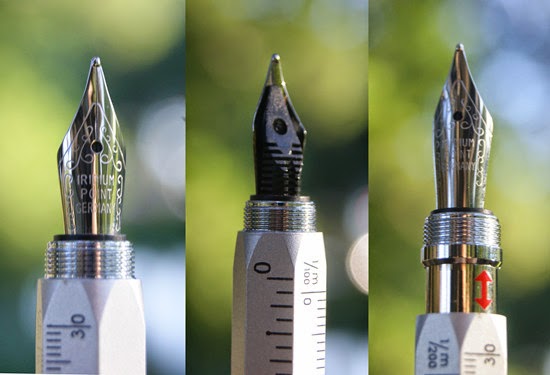 Now to the pen end, Monteverde One Touch Tool has the a silver colored steel nibs with squiggly pattern and Iridium Point Germany embossed (not unlike the nibs of Ohto F-Lapa and F-Spirit). There is only one nib size available, which I assume was a medium. The red arrow is supposed to aligned with the nib (so it can later aligned with the clip), but I shifted it when I was trying to work things out.

Refilling the pen was what gave me the most trouble initially (as I couldn't find the instruction paper and was too lazy/excited to look for any video online). I did what I usually do: holding the tip and unscrewing it to see what part would come first. Well, the nib and feed came out without a struggle but when attached an international cartridges directly onto the feed, and I couldn't put it back to the body...This was when I noticed the rattling cartridges already inside the barrel. Well, it took one knitting needles (bamboo, now the black ink won't come off) and serious yanking before I realize that there is a friction-fitted metal sleeve, in which you insert the cartridge. For the lazy ones (like me): The correct way to refill the pen is to yank the nib unit out, with the cap screwed. 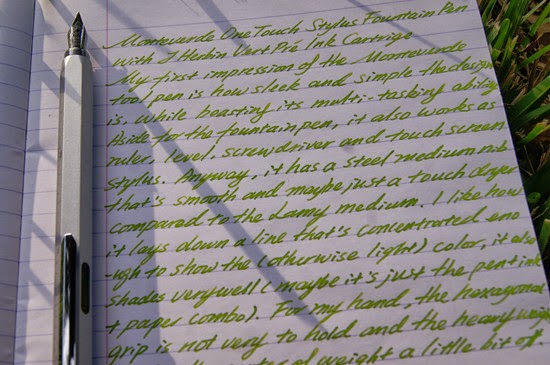 Another added convenience: The hexagonal pen doesn't roll on the table or writing sample (instead, the small cap will if you don't keep an eye on it). The steel nib of the Monteverde tool pen is very stiff (more so than the steel nibs from Lamy and Pilot) but the tip is rather smooth. 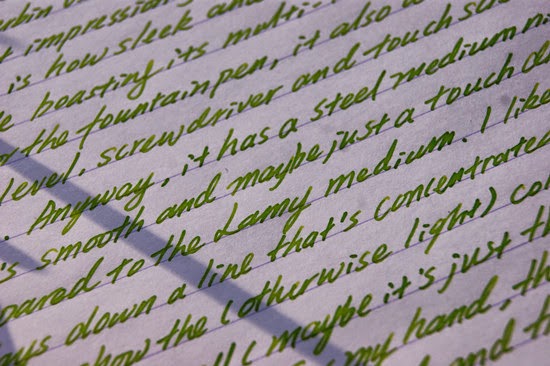 It lays down a concentrated line that perfectly showcases lighter inks from J. Herbin. Even though the nib itself it's smooth, I think I had to exert some force (while writing) not to press for ink flow, but to counteract the weight of the pen. 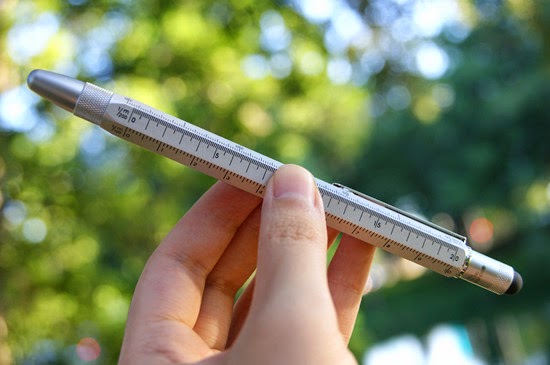 As expected with a full-on metal body, the pen is heavy. Heavy enough to induce knee jerk (if you are a physicians, here is another function for you!). With a center of weight that's slightly towards the end. Instead of having it rest inside my hand by itself, I have to attentively hold/balance it as I write, which gets tiring after a paragraph or two of writing.

This could be a small hand problem but if you have bigger hands and stronger grip, the weight might not bother you at all...And then, there is the grip or lack thereof, as it's just nib unit that transitions straight to barrel of the pen. 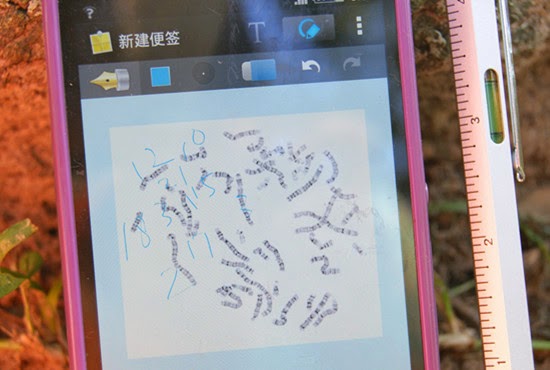 A "writing sample" with the stylus (will make more sense on a tablet, which I don't own). It seems very responsive and could come in handy when you are waiting for the train in a cold winter day.

Overall: Monteverde One Touch Tool is cleverly designed multifunction pen (without being bulky or gimmicky), perfect for an architect who needs to jot down idea occasionally. If you daily routine requires extensive writing, it's better to have another pen around.

*The pen is provided by PenBoutique.com for review.
Posted by Citrine