Last weekend, one of my cousins (I have 12 of them) came to US for grad school. He agreed to bring me some junks I buy from Taobao (Like the Chinese version of FleaBay and Amazon, minus the Super Slow Shipping). Luckily, I resisted the urge to hoard all the Penbbs forum ink, as his only bottle of shampoo was confiscated by the airport security. 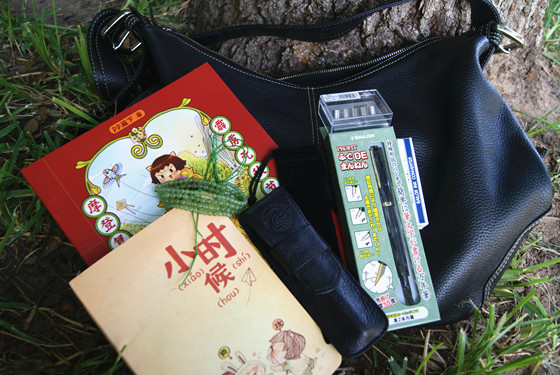 Sailor Profit Fude de Mannen from iPen. I have the (just) Fude de Mannen and its ridiculous length was getting on my nerve (What are they trying to make? An asparagus?). This one is the exact same thing, just with shorter, dark blue and cigar shaped body. The store charges 93RMB/15USD (shipping included), the same as Japanese Amazon. The seller also included a Sailor converter (!) and a freebie dust bag, the sole purpose of which is to attract dusts... 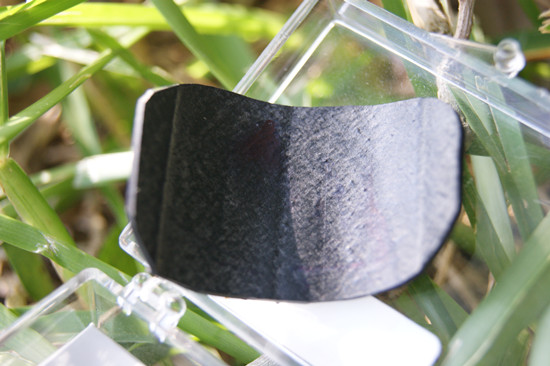 Since the store (which is run by a very well-known member from Penbbs.com) also carries some Lamy products. I picked up a 1.5mm Italic nib (the other two widths were out) for 30RMB, which is similar to the nibs retail price in Europe (4 Euros). The seller includes a rubber sheet, which is a God-sent for speedy nib-swapping. 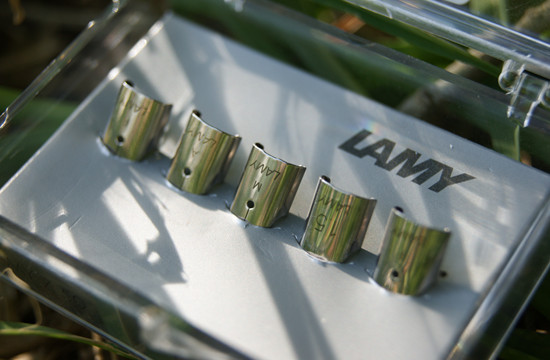 While I was browsing, I noticed another store whose has all the italic sizes as well as the A nib (from Lamy ABC, the width of which is listed as between M and B) for pretty reasonable prices. The A nib was 30 RMB while the italic nibs were (still are) only 18 RMB (3USD!). The rest of the nibs are the same as American retail, with EF being the most expensive. 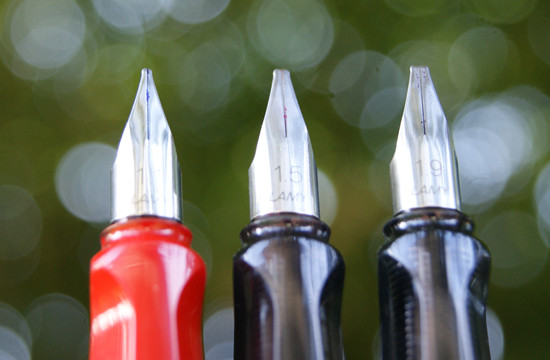 I swapped them on right away and they all write very smoothly and wet. At first I was a little apprehensive about buying from this store (given how many counterfeits products are there in China) but the recent Hero story has told us that, either Chinese are not capable of cloning Safari (and its accessories) or they just don't want to put their whole arse (would it be a little classier if I spell it the British way?)  into doing it. Next up, I got an sketch book (with a supposedly very fountain-pen friendly paper called Daolin and a book, both with artwork by illustrator PPsama, whom I have been following on Weibo.  The artwork on the sketch book is about childhood memories and the book is about Solar Term (and the history and customs behind it). 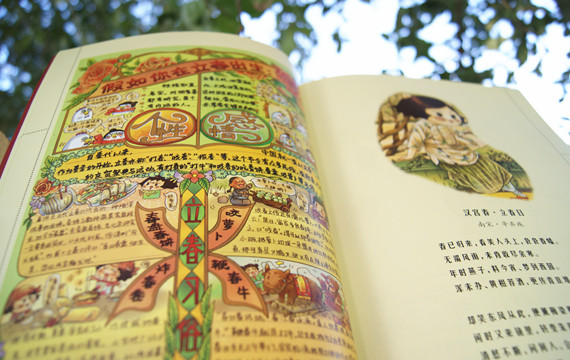 The illustration are all tinted like old fashioned calender (from the 1920-50s) and she incorporated her 1920s self into the drawings. For some reasons, the book (even though much bigger and has a giant sheet of stickers on the back) is the same price as the sketch book at 25RMB. The sketch book charges 10RMB shipping while the shipping on the book was included. 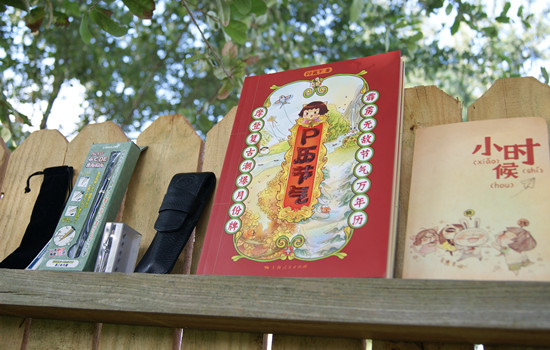 Lastly, the black pleather case has a no-name fountain pen (a spare from my mom, just like the bag from the first picture) and an ear pick, which you probably don't want to see = = ...
Posted by Citrine