Edit: The official name of the pen seems to be Hero 359,  "Summer Safari" is just a name which a particular seller (the same seller who commissioned the Lishui branch of Hero company to clone the pen) made up, to attract people (then it was changed to "Summer Color").

The day pen addicts have been waiting for (more like dreading) is finally here - Hero now has its clone on Lamy Safari and it's called Summer Safari (They are not even trying, are they?). 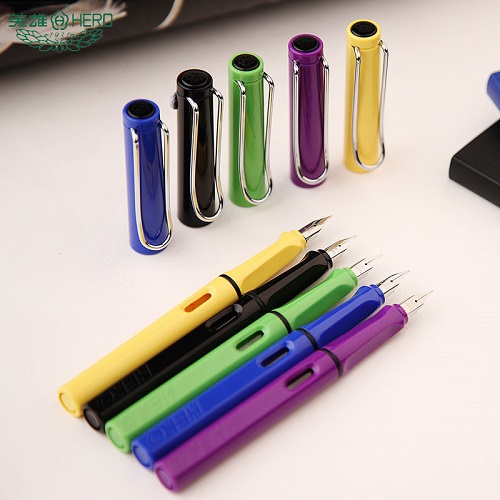 Admittedly, I always wondered why there wasn't some kind of cheaper copy of Safari, from the People's Republic of Counterfeit (I mean, there is even Obama's Fried Chicken). Here comes the answer to my question...By the way, these promo pictures were posted on Penbbs.com (like a Chinese version of FPN but you need to register to see the pictures). 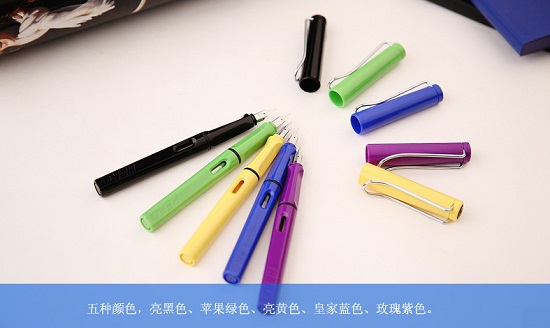 The Hero Summer Safari come in five shades: Shiny Black, Apple Green, Bright Yellow, Royal Blue and Mauve-Purple (Damn, it beat Lamy to it...). Instead of having the cross on the cap, the Hero pen has that flower-shaped hero logo. 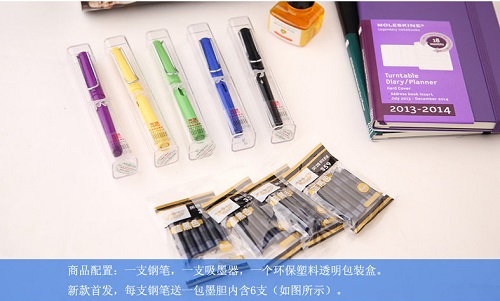 Each pen comes with a plastic box, a converter (Z26 clone) and as a new-release perk (for the first batch or first few hundreds order), a pact of black cartridges is also included. The pen is priced at 58.8 RMB (a little under $10 US) is only one seller on Taobao that sells it though.

Close-up of the bright yellow one. So far, most of (more than half) Chinese's reaction has been pretty negative. One member 冻冰坨 even commented jokingly : "Hero's upcoming release: Autumn Al-star, Winter 2000 and Spring Studio...." 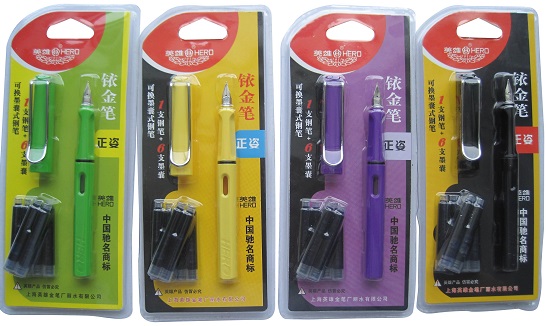 Some supermarket version of the pen (so some people guess the price could be even lower than the 58.8 RMB. Super markets in Chinese all tend to carry stationery and book, they just don't sell "expensive" ones). The labels only call it "posture-correcting iridium point pen" so I suppose "Summer Safari" was made up by some seller? 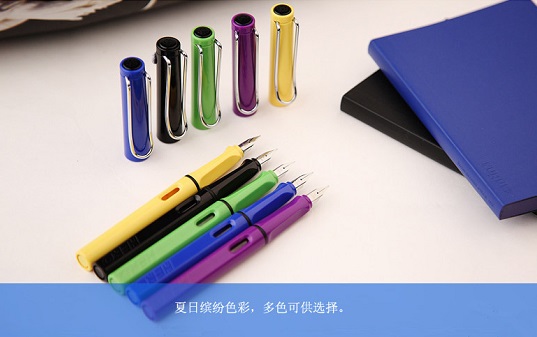 So, what do you think about the release (I don't blame you if you are disgusted)? I kind of wonder how usable it can be (we all know how Hero's quality control goes) and...I think I want to buy the converters (I just think Lamy converters are way too expensive).

Update: More info about the pen, summarized from reviews on Penbbs ( review 1 / review 2)

1.The store (supermarket) price of these are around 20-30 RMB
2. Quality control is pretty lousy and the plastic body seems cheap
3. It only takes standard international cartridges and converter
4. No groove on the grip to secure the plastic protrusion on converter
5. The edges of the pen are noticeably less sharp compared to Safari
6. Nib has the logo etched on (not tinted black) and only comes in M.
It's hard to yank off (but it's possible that it can be swapped with lamy ones)
7. The feed is thinner and somewhat hourglass-shaped (not that triangular)
8.The barrel is only flat on one side (where the logo) round on the other
9. There is no "China" on the bottom of the barrel
10. The nib (0.7mm) wasn't a bad writer at all

Overall: So far, the pensbbs members don't think it's worth the price.
Posted by Citrine